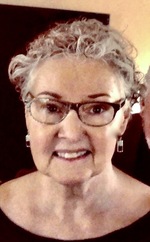 After graduating from Bishop Neumann High School, she studied veterinary medicine at Delhi College then on to University of Buffalo, graduating with a Science Biology degree while working as a veterinary technician full time. She married Ed in 1979 and they both continued their education, doing graduate work at West Virginia University. While at West Virginia, she discovered friends who encouraged her to pursue with them a degree in chiropractic medicine. Both she and Ed moved to Chicago where she went on to become a Doctor of Chiropractic with honors from National College of Chiropractic.

Returning back to Buffalo in 1985, she became the first woman Chiropractor in Western New York, opening a practice in Lockport, NY. Blending homeopathic and spiritual compassion with chiropractic, she grew the practice, joining forces with other doctors and masseuses to build and provide healing care to many.

Retiring in 2009, she convinced Ed to move into a patio home where they found the best neighbors anyone could ask for. Spending her time enjoying her life with family, friends and cat Tinkerbell, she was content to slow down and "just be". An avid reader, she enjoyed her quiet nap time, cats, local theatre, was a Bills and Sabres fan and loved a good glass of champagne, especially with Bocce Pizza.

Strong and independent, a true warrior, she was determined not to let anything or anyone deter her dreams and proved it by her actions. She will be forever respected and loved by all she touched.

No visitations. Friends are invited to attend a Mass of Christian Burial Saturday, May 21st at 9:30 AM in SS Peter & Paul Church. Masks required. A private family service will be held at Forest Lawn. Flowers gratefully declined. Memorials can be made to the SPCA Serving Erie County or the Buffalo Zoo in her name.