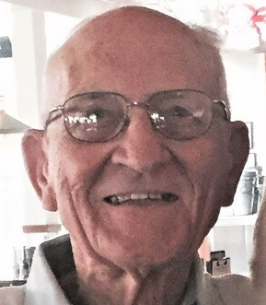 HALLOCK - Kenneth R.
A resident of Amherst, Ken passed away on October 15, 2022. He was born in Cortland, New York, on December 25, 1927, the son of Ralph and Emma Hallock, and was the brother of Richard and Marjorie, both of whom predeceased him.

He graduated from Marathon Central High School in 1945 and from Clarkson College in 1948 where he received his degree in Civil Engineering.

He was an engineer officer in occupied Japan in 1948 and 1949 and subsequently was employed by the Army Corps of Engineers in Buffalo.

Mr. Hallock worked on flood control projects for Scajaquada Creek in Cheektowaga, Smokes Creek in Lackawanna, Ellicott Creek in Amherst, Onondaga Dam at Syracuse, Kinzua Dam on the Allegheny River, Mt. Morris Dam on the Genesee River, the St. Lawrence Seaway Locks, and other navigation locks and dams at numerous locations throughout the United States. He became Chief Engineer at the Corps in 1984 and retired in 1989.

He enjoyed fishing for native Brook Trout on the Tug Hill plateau, and many other outdoor sports and activities.

In lieu of flowers, memorials may be made to the Alzheimer’s Association of WNY or to the National Kidney Foundation.