Obituary for Marjorie A. Walline (Caisse) 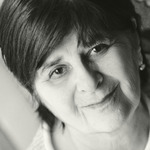 Marjorie Caisse Walline, age 85, died September 12 at Millard Fillmore Suburban Hospital. She lived in Williamsville for 47 years with her husband, James E. Walline (dec.), and together they raised six children.

As a registered nurse, Assistant Professor of Nursing, and nurse paralegal, she made many meaningful contributions to health care for the Buffalo community. She was one of the founding nurses at Millard Fillmore Suburban Hospital when it was built in Williamsville in 1974, working in the emergency room and intensive care unit while also raising six young children at home. She often said she worked in the emergency room to “get a break.”

She brought her nursing and teaching experience to D’Youville College as an Assistant Professor of Nursing, specializing in medical surgical nursing and supervising clinical studies at Buffalo area hospitals. She always taught her students to be responsible and compassionate to their patients.

She later found great career fulfillment as a nurse paralegal at Dempsey & Dempsey Law Firm, where she advocated strongly for patients. Marjorie loved searching through intricate medical histories and was able to explain complicated medical procedures in ways that everyone could understand.

Born Marjorie Ann Caisse in New Brunswick, New Jersey, one of two children born to Dorothy Rouisse Caisse and Francis Walter Caisse, she grew up in Leominster, Massachusetts. She graduated from Burbank Hospital School of Nursing and Fitchburg State College, where she made lifelong friends. In 1963, she received a Master’s Degree in nursing at The Catholic University of America in Washington, D.C. She was on the faculty at Boston College/Boston City Hospital and Beth Israel Hospital as a clinical instructor.

She met James E. Walline while he was stationed at the U.S. Army Military Installation at Fort Devens outside of Boston. They married in Massachusetts in 1963 and moved to Buffalo in the early 1970s.

Marjorie guided six children through college and remained fiercely devoted to each of them and to her many grandchildren, making endless cookies and family dinners, wrapping gifts, and encouraging all her children’s various interests. She sewed dresses for her daughters’ figure skating competitions and was often at the ice rink cheering them on. She attended football and baseball games, parents’ nights, musicals and plays, and nearly ran the Marine Corps Marathon alongside her daughter Megan one year, following her on the route to cheer for her. She made each holiday a beautiful celebration, infusing it with the special love of a mother and grandmother. A talented knitter, cross-stitcher, and voracious reader, she loved visiting Maine in the summers.

She deeply cared for so many people during her life, including caring for her husband at home following his diagnosis with Parkinson’s Disease; he died in 2013.